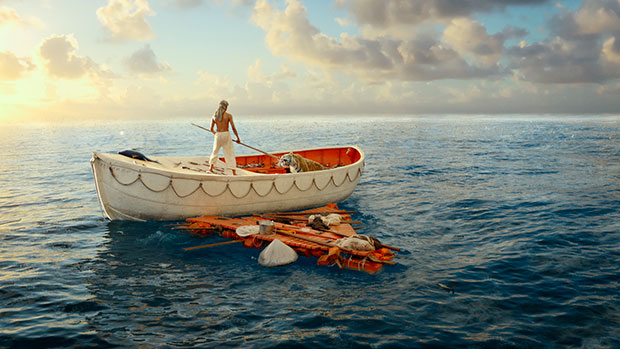 A scene from the 2012  “Life of Pi,” a film that used Tessendorf’s fluid simulation software and earned a 2013 Academy Award for “Best Visual Effects.”

Jerry Tessendorf, an Academy Award-winning [professor] (https://people.cs.clemson.edu/~jtessen/) of visual computing from Clemson University who revolutionized the use of fluid simulations in motion picture computer graphics, is joining the Texas A&M University Department of Visualization faculty in 2018 as a [ Hagler Institute for Advanced Study Faculty Fellow.] (http://hias.tamu.edu/about)

Internationally renowned scholars from around the world, Hagler Fellows are brought to Texas A&M to teach or conduct research on topics of particular relevance to the university for up to one year.

Tessendorf’s work has graced many of Hollywood’s biggest blockbuster [films] (http://www.imdb.com/name/nm0856339/) , including “Titanic,” “The Chronicles of Narnia,” and “The Golden Compass.” He received an Oscar for Technical Achievement in 2008, and his fluid simulation software was used in the film “Life of Pi,” winner of the 2013 Academy Award for “Best Visual Effects.”

Currently working as director of Clemson’s Master of Fine Arts in Digital Production Arts program, Tessendorf will come to Texas A&M this spring and spend a year on campus teaching students and partnering with faculty from visualization, computer science and engineering and geosciences to develop novel methods for simulating natural phenomena.

He will also teach a graduate course on advanced techniques for physically based modeling and work with a select group of students on undergraduate research projects.

With more than 39 feature movie credits to his name, Tessendorf’s work, said Tim McLaughlin, head of the Texas A&M Department of Visualization, “includes the most significant representations of computer generated natural phenomena presented in film.”

Tessendorf worked on many of these films while at Rhythm and Hues, a Los Angeles-based visual effects company. Prior to coming to Hollywood, he developed and implemented 3-D cloud scene representations for military simulations.

Tessendorf is the first member of the Academy of Motion Picture Arts and Sciences to hold an appointment at Texas A&M University and the second Hagler Fellow to teach at the Texas A&M College of Architecture. He follows, Harold Adams, chairman emeritus of the world-renowned architecture firm, RTKL, who taught at the college in 2015.

The Hagler Institute for Advanced Study was established in December 2010 by The Texas A&M University System Board of Regents to build on the growing academic reputation of Texas A&M and provide a framework to attract top scholars from throughout the nation and abroad for appointments of up to a year. The selection of Faculty Fellows initiates with faculty nominations of National Academies and Nobel Prize-caliber scholars who align with existing strengths and ambitions of the university. To learn more, visit [http://hias.tamu.edu] (http://hias.tamu.edu/) .