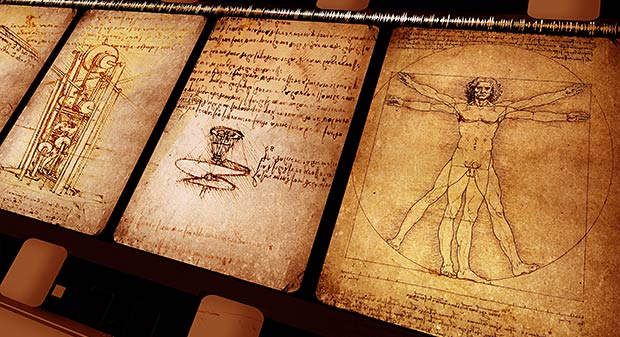 A remarkably diverse coalition including national science, arts and education groups assembled by Carol LaFayette, associate professor of visualization at Texas A&M, is advocating for the inclusion of the arts in science and technical education, an idea gaining traction among educators across the United States.

“Artists approach problem solving differently than scientists do,” said LaFayette, who heads the [Network for Sciences, Engineering, Arts and Design] (http://sead.viz.tamu.edu) on behalf of the National Science Foundation. “While we are all creative, scientists bring specific knowledge and consistent approaches to solving problems. Artists, on the other hand, understand how to engage people in an issue and attempt to solve problems in ways that scientists and engineers might not think about. What can result when scientists and artists collaborate," she said, "is an innovative solution that combines these approaches.”

Formal K-12 schooling, as structured today, is unlikely to prepare students adequately in the range of skills they need to reach the top of science and engineering fields, said SEAD advocate Robert Root-Bernstein, professor of physiology at Michigan State University, "because education in the U.S. and throughout much of the world marginalizes arts and crafts education.”

Root-Bernstein was among the educators, artists and scientists who gathered to share their thoughts at the May 2013 SEAD conference in Washington, D.C. This unprecedented gathering, including representatives from the [National Science Foundation] (http://www.nsf.gov) , which funds SEAD, the [White House’s Office of Science and Technology Policy] (http://www.whitehouse.gov/administration/eop/ostp) , the [National Endowment for the Arts] (http://www.nea.gov) , and the [National Education Association] (http://www.nea.org) , focused on advancing what’s known as the STEM to STEAM movement — adding an “A”, art and design components, to “STEM,” science, technology, engineering and mathematics education — and on combatting the marginalization dilemma Root-Bernstein highlighted.

Since LaFayette, who also heads Texas A&M's [Institute for Applied Creativity] (http://creativity.arch.tamu.edu//) , launched the SEAD network in August 2011, the NSF initiative's momentum has grown exponentially, globally expanding its reach and most recently attracting attention in the halls of the U.S. Congress.

“Professors have found that there are 14 measurable skills linked to success in sciences that are directly linked to arts education,” said Rep. Susan Bonamici of Oregon, at a June 4, 2013 [hearing] (http://sead.viz.tamu.edu/projects/pdf/STEM_hearing.pdf) of the U.S. House of Representatives committee on Science, Space and Technology.

“This is about using both halves of the brain, and innovation,” she said. “Those skills include observing, imaging and visualization, abstracting, pattern recognition and pattern invention, dimensional thinking, transforming data into visual or graphic forms, converting theories into mechanical procedures, and more.”

“SEAD," she told committee members, "is in the midst of some fascinating work on integrating disciplines.”

Research has shown that integrating the arts into science education can also change young people’s perspectives about science.

In a recent study, LaFayette said, students who initially identified themselves as poor at math and science had a change of heart after engaging in a scientific project that incorporated an art and design component.

“Through the STEAM project," she said, "the students learned that science can be welcoming and can include hands-on work that involves creative solutions.”

After participating in the exercise, many of the students who'd previously characterized themselves with insufficient skills noted that they identified more with math or science and would be interested in pursuing scientific careers.

Expanded to a global network of professionals and students representing a diverse range of art and technical disciplines, last summer SEAD members from 24 countries contributed to a crowdsourced document on the state of art and science collaboration. Participants including physical, life and social scientists, mathematicians, engineers and technologists, along with artists, designers and humanities researchers, collaborated to identify 260 suggested actions, as well as obstacles to overcome and opportunities to exploit for advancing STEM to STEAM initiatives in learning, research, creative work and economic and cultural development.

Their ideas, ranging from grand- to small-scale, included formation of a transdiciplinary collaborative between universities and art schools for archiving 20 years worth of art, science and technology work; creating a role for "translators" to help guide and maximize the impact of transdisciplinary collaborations, creating multi-sensory interactive spaces for autistic children, and using crochet patterns to illustrate complex mathematical concepts.

Last March at Texas A&M, SEAD partnered with the Institute for Applied Creativity to host a [workshop] (http://one.arch.tamu.edu/news/2013/2/1/texas-creativity-workshop/) with professors from Texas higher education institutions who worked with teachers in grades K-12 in the development of STEAM initiatives. Network members are also researching case studies of STEAM learning experiences in K-12, higher education and DIY/maker communities across the nation.

“People are excited about STEM to STEAM,” said LaFayette. “I think the formal educational system would do well to take a closer look at it.”