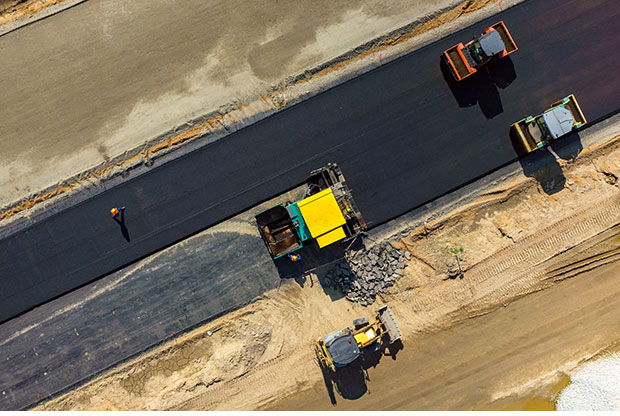 In one project, Choi and TTI colleagues will use high-tech tools developed by TTI and the Texas Department of Transportation to evaluate road conditions in segments of four major highways scheduled for reconstruction and widening.

The tools include ground-penetrating radar technology that “sees” underground and produces a record of subsurface features without drilling, probing, digging, or coring.

After determining each roadway segment’s condition, Choi and his fellow researchers will teach engineers how integrating data from these tools can improve their highway surface designs, advise TxDOT on how to use the collected data to accelerate construction projects, fine tune the tools’ uses, and review current road construction methods.

The research team, which includes TTI’s Darlene Goehl, Charles Gurganus and Tom Scullion, will perform the TxDOT-funded $480,000 study in a three-year period.

In another study, Choi and a team of associates aim to determine an optimum configuration for rural passing lanes.

Although four-lane highways provide drivers with a continuous opportunity to pass a slowly moving vehicle, a two-way road with occasional passing lanes, aka a Super 2 Corridor, can be built and maintained for a greatly reduced cost.

The study will focus on two-way roads in rural areas facing increased demand, but without a traffic volume that justifies a four-lane alignment.

Choi will compare the conversion of a two-lane road to a four-lane highway and a Super 2 Corridor in a cost-benefit analysis supported by existing construction bid prices, as well as a comparison with TxDOT traffic statistics of the specific benefits that each widened configuration provides to drivers.