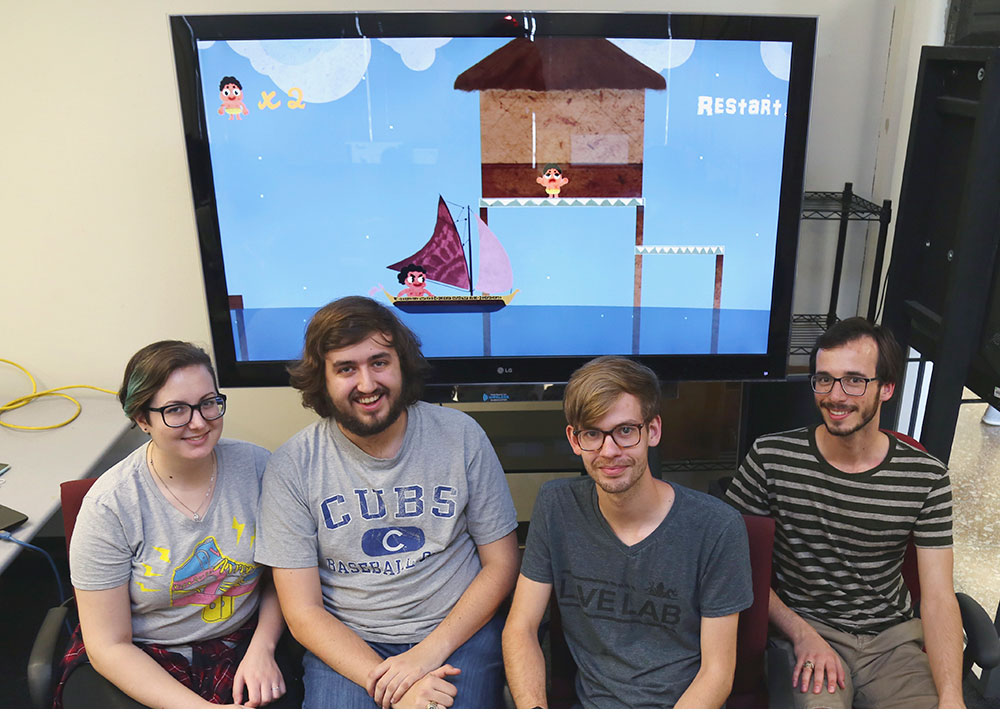 From left are Lisa English, Matthew Rago, Michael Bruner and Ben Quigley with a screen shot from “Polynesian Panic,” their winning entry in a February 2017 game jam at Kansas State University.

The students triumphed over the competition at a Feb. 10-12, 2017 game jam in Manhattan, Kan. hosted by KSU’s Game Development Club, in which contestants had 48 hours to create a game after learning the contest theme — inundation.

“We spent the first two hours of the contest brainstorming, and took awhile after that to settle on our final idea, while other teams started to develop their game in the first hour,” said Michael Bruner, a member of the winning team. “Our team had a lot of different ideas to sort through.”

A player’s success in the game depends on rescuing people stranded by floodwaters on a Polynesian island. More rescues increase a player’s ability to overcome flood-related obstacles.

“Getting the water to move in a believable way and creating the art and character animations were particularly challenging,” said Bruner.

The team’s members all hail from the Department of Visualization’s LIVE Lab , where students and faculty collaborate to create interactive educational software.

It’s the second strong showing in two years for viz students at the KSU contest. In 2016, they were part of game development teams that captured first-place honors in four contest categories.