The College of Architecture encourages former students to submit news items for the Class Acts section of the arch|one e-newsletter. This section highlights professional achievements, as well as news briefs about marriages, births, retirements, bucket list accomplishments or whatever else former students care to share with the college community and their former classmates. News and photos may be e-mailed directly to the editor .

Joseph Luther ’73 MUP has authored his latest book about Texas history, [Fort Martin Scott: Guardian of the Treaty] (http://www.amazon.com/Fort-Martin-Scott-Guardian-Landmarks/dp/1609499611) , in which he details the lively history of the Fredericksburg, Texas, fort, a hub for military patrols during the Texas-Indian Wars.

The new book follows the success of his first book, “ [Camp Verde: Texas Frontier Defense] (http://www.amazon.com/s/ref=nb_sb_noss?url=search-alias%3Dstripbooks&field-keywords=Camp+Verde%3A+Texas+Frontier+Defense+) ,” the best-selling book for The History Press in 2012. A professor emeritus and former associate dean at the University of Nebraska’s College of Architecture, he is principal of Old School Research, a historical archeology research firm in Kerrville, Texas. He was elected Archaeologist of the Year in 2012 by the Hill Country Archaeological Association.

The firm also provided design and construction management services to [Hatchet Caye Resort] (http://hatchetcaye.com) , a project with solar power, gray and black water recycling on a seven-acre island 17 miles off the coast of Belize. His firm’s contributions included the design of a unique restaurant/bar with exposed decking made of wood indigenous to Belize. 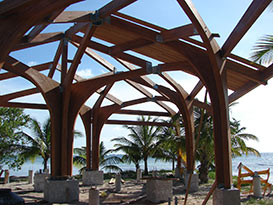 “Everything had to be designed to fit in containers and be unloaded, handled, and erected with only a small truck boom crane we rented and barged to the island,” said McCathren.

McCathren recently returned from West Africa, where he led his firm’s design and construction management services to a hotel project at the international airport in Lungi, a city in Sierra Leone.

Aan Coleman ’81 BLA was recently recognized as one of the top 10 women in Austin commercial real estate by the Commercial Real Estate Women of Austin.

Kirk Teske ‘83 BED is the 2013 president of the Dallas [chapter] (http://www.aiadallas.org) of the American Institute of Architects.

Teske, principal and chief sustainability officer with [HKS, Inc] (http://hksinc.com) ., has spent the majority of his career orchestrating the design of corporate campuses and resort hotels.

He is the founding chair of the North Texas [chapter] (http://www.northtexasgreencouncil.org) of the U.S. Green Building Council, a past chair of the Dallas AIA committee on the environment and is also a board member of the [Dallas Center for Architecture] (http://dallascfa.com) . 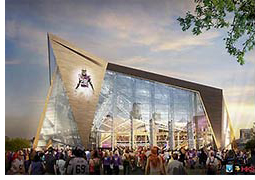 Bryan Trubey ’83 BED [unveiled] (http://archone.tamu.edu/college/news/newsletters/spring2008/stories/cowboysStadium.html) his striking design of the new Minnesota Vikings’ stadium May 13, 2013 to a group of excited fans, public officials and members of the Vikings organization.

A design principal with HKS Inc., Trubey has designed stadiums throughout the world.

Eric Lundquist '88 , who earned a Master of Urban Planning degree in 1994, is the new director of the [Public Policy Center at Boise State University] (https://sspa.boisestate.edu/publicpolicycenter/meet-the-director/) and an associate professor in BSU’s Department of Public Policy and Administration. He was formerly an associate director at the Bush School of Government and Public Service’s [Institute for Science, Technology and Public Policy] (https://one.arch.tamu.edu/news/2013/5/31/class-acts/Bush%20School%20of%20Government%20and%20Public%20Service%E2%80%99s%20Institute%20for%20Science,%20Technology%20and%20Public%20Policy) .

Donna Kacmar ’88 BED, ’92 MARCH designed a 544 square-foot residence in Houston that includes an Airstream trailer, a project highlighted in the Jan. – Feb. 2013 issue of [Texas Architect] (https://texasarchitects.org/v/texas-architect-magazine/) . “Kacmar has shown us that with cleverness, and careful planning, one can pare down to essentials without sacrificing the comfort and the pleasures of good living,” said the article’s author, Ben Koush. Kacmar is an [outstanding alumna] (http://www.arch.tamu.edu/community/formerstudents/outstanding-alumni/past-honorees/124/) of Texas A&M’s College of Architecture.

Brent Brown, ’91 BED, ’98 MARCH , headed an effort to design a senior housing development in a declining southeast Dallas neighborhood, an effort detailed in the Jan. – Feb. 2013 issue of [Texas Architect] (https://texasarchitects.org/v/texas-architect-magazine/) . Brown heads bcWorkshop, a Dallas nonprofit seeking to improve community livability and viability through thoughtful design. bcWorkshop’s effort, wrote Michael Friebele, is a testament to the importance of architecture in the civic process through a simple willingness to listen and respond to the community.“bcWorkshop created an architectural solution that is a successful marriage of style, function, and heritage.” 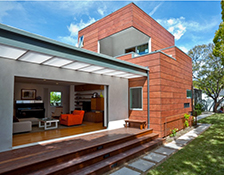 Will Hodges ’92 BDCR has been promoted to president of Dallas –based [Cadence McShane Construction Company] (http://www.cadencemcshane.com/) . Hodges is a 23-year industry veteran who will oversee McShane’s network of supporting departments such as estimating, accounting, administration and marketing. A member of the Texas A&M Construction Industry Advisory Council, Hodges is also a member of The Real Estate Council and TEXO. 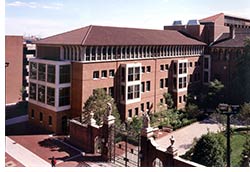 Shawn Evans ’93 BED is director of preservation and cultural projects Philadelphia-based Atkin Olshin Schade Architects, He has been the project manager for a variety of projects including the restoration of the Commandant's House at Fort Mifflin, the [Cliveden/Upsala Master Plan] (http://www.aosarchitects.com/portfolio-type/project.aspx?cid=24&id=66) , the [Mainwaring Wing] (http://www.aosarchitects.com/portfolio-type/description.aspx?id=124&cid=23) of the Penn Museum, and the Wesleyan University Museum.

Michael Thaibinh ’96 MARCH is departing for the U.S. with his wife, Elizabeth, after 10 years as co-director of The Wildflower Home, a support facility in Thailand for single mothers in crisis.

Michael, who co-founded the center in 2005 with Elizabeth, designed its buildings and served as its facility planner.
Since its founding, the center served almost 300 women, who learned to gain independence by learning to read, drive, get an education, employment and independently support their children. 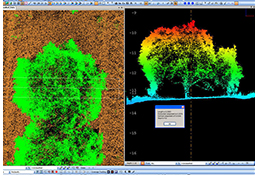 [ John Whitaker] (http://www.quinnevans.com/about-us/the-team/meet-the-team/john-whitaker) ’00 MARCH , an associate at Quinn Evans Architects, was part of a QEA team that earned the [State Historic Preservation Officer’s Award] (http://mayor.dc.gov/release/mayor-gray-announces-winners-historic-preservation-awards) from the District of Columbia for its restoration work of the National Academy of Sciences headquarters.
In what the jury noted was a “stunning transformation,” the firm rehabilitated and modernized the landmark building on the national mall in Washington, D.C. while maintaining the historic fabric of both the neoclassical structure and its mid-century modern additions.

Lisa Lin ‘06 BED , sustainability manager in the Office of the Mayor for the city of Houston, is focusing her efforts on numerous projects, including facilitating the city’s move to electric and hybrid vehicles, installing electric vehicle charging stations, launching an e-waste recycling program, [encouraging] (http://www.houstongoc.org/) commercial property managers and office tenants to “green” their operations, launching Phase II of a city bike share [program] (http://houston.bcycle.com/) and analyzing proposed bills in the Texas Legislature that could affect her office’s sustainability initiatives.

[Igor Kraguljac] (http://www.igorkraguljac.net) ’08 MSVIZ was the photographer for Texas A&M’s efforts promoting Johnny Manziel for the Heisman Trophy. The campaign earned an Award of Merit in the Brand Communication Category in the Brazos Bravo [awards] (http://bv.iabc.com/2013/brazosbravo/) sponsored by the Brazos Valley chapter of the International Association of Business Communicators.

As a student at the Texas A&M College of Architecture, Farr designed and built the 25-foot [tower] (http://archone.tamu.edu/college/news/newsletters/spring2010/stories/stacell_tower.html) that remains standing in the atrium of the Langford Architecture Center.

Peter Lampard ‘09 BED ,won first place in the student architecture category in a contest sponsored by Perspective, a Hong Kong design publication, for his building design in a Hanoi historic district.

The project was his thesis at the University of Hong Kong, where he recently earned a Master of Architecture degree. He is employed at Hong Kong’s CL3 Architects Limited.

Zadeh, an assistant professor of design and environmental analysis at Cornell University, earned the award with her Ph.D. dissertation, in which she [studied] (http://one.arch.tamu.edu/news/2012/4/6/daylight-healthcareresearch/) the effect of daylight on healthcare facility workers, the care they provide and its impact on operating costs.