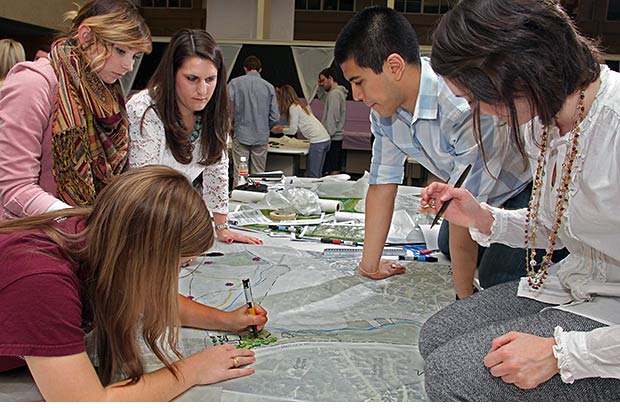 Within the last decade, Texas A&M has had more graduates elevated as Fellows in the American Institute of Architects than any other Texas university. 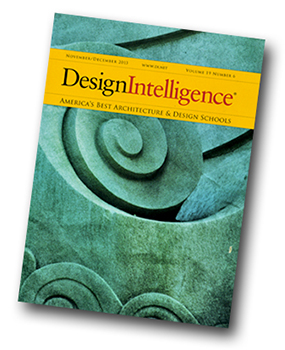 The 2014 rankings, published in “DesignIntelligence: America’s Best Architecture & Design Schools” by the [Design Futures Council] (http://www.di.net/about/board_advisors/) , a leading design industry collaborative, also noted that Texas A&M has had more of its graduates elevated to membership in the American Institute of Architects’ [College of Fellows] (http://network.aia.org/cof/Home/) in the past 10 years than any other university in Texas.

Texas A&M’s undergraduate landscape architecture program was ranked eighth in the U.S., tied with Ball State University’s program. It’s the seventh straight year the program has ranked among the top eight in the nation.

The graduate landscape architecture program was ranked ninth in the country, the seventh straight year the program has been ranked among the top nine in the U.S.

Both programs were ranked third best in the country’s southern region.

Texas A&M’s Master of Architecture program ranks 11th among public universities in the DesignIntelligence survey and 20 th among the 102 U.S. programs accredited by the National Architectural Accrediting Board. It’s the seventh time since 2006 the program has made the best schools list.

In its 2014 report, the Design Futures Council added the list of architecture schools producing the most American Institute of Architects Fellows, one of the highest honors the AIA bestows on its members. In addition to having more members elevated in the past 10 years than any other Texas university, Texas A&M ranks fifth among public universities nationwide.

The Design Futures Council, which publishes the annual survey results, is an interdisciplinary network of design, product, and construction leaders who explore global trends, challenges and opportunities to advance innovation and shape the future of the industry and the environment.