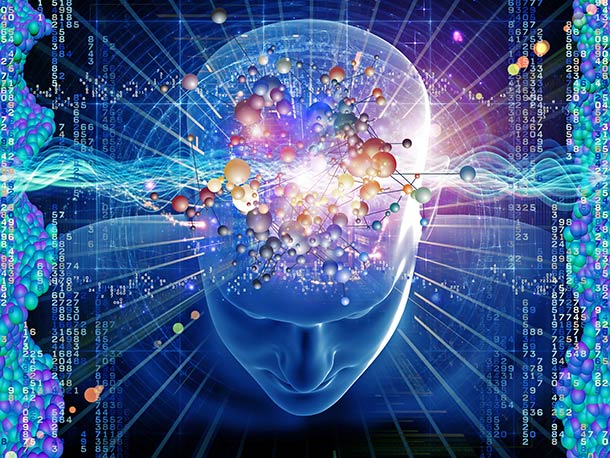 Except for the zombies, the dystopian futures depicted in popular Hollywood fare are edging closer to fact than fiction, said Texas A&M's resident futurist Rodney Hill, who believes hope for a world besieged by rapid population growth, a warming climate and shortages of food, energy and fresh water can be found in creative solutions.

But while universities are playing an integral role in assuring mankind's survival, to succeed into the future, Hill said, they'll need to discard antiquated educational models in favor of a system of learning that mobilizes and harnesses human creative talent.

"Creativity is the currency of the new millennium," said Hill, an architecture professor who's had a lifelong fascination with the creative process, which he defines as "the ability to bring order out of chaos." Creativity, he said, will make it possible to avoid these dark scenarios and devise solutions to the myriad problems threatening mankind.

“Today, if food was distributed evenly throughout the world, there would be just enough of it to go around,” said Hill. “But the United Nations’ [Food and Agriculture Organization] (http://www.fao.org/index_en.htm) estimates there will be 2.3 billion more people on the planet by midcentury.”

To deal with this projected population growth over the next 40 years, he said, we would have to create 40 new cities each year, each with a population of 1.5 million people. Meanwhile, he added, there’s no more fresh water today than there was 2,000 years ago when earth’s population was just three percent of what it is today.

“Cities and their infrastructures just can’t be built that quickly, so someone is going to have to be creative and devise new building and infrastructure construction practices with new materials, new food production techniques and water purification ideas to take care of all of these new people,” said Hill.

Creativity is already sparking new approaches to these problems. For instance, researchers at Rice University, he said, are developing a new method for purifying water using sand coated with graphite oxide, a cheap-to-produce, plentiful substance that could provide fresh water for millions.

At the University of Washington, he said, researchers are developing vegetables, strains of rice and other genetically modified plants that can be grown in saltwater, greatly expanding the planet's arable space.


But while universities are poised to play a significant role in the development of a sustainable future, Hill said, their adherence to traditional pedagogy emphasizing rote learning is long due for an overhaul.

"The worn adage that students are empty vessels waiting to be filled with knowledge is flawed," he said, "education should unlock students' creative potential and teach them to become lifelong learners, thought leaders and knowledge creators."

Too much of the curriculum at today’s universities, he said, is focused on mastering a fixed body of knowledge, with courses that teach students not to produce knowledge, but to reproduce and reorganize knowledge of the past and present.

"Rarely do they ask students what can be," said Hill, "but future thinking is essential, because leaders are futurists. Managers manage within an existing paradigm, but leaders lead between paradigms, so they have to look to the future to be creative."

The walls separating disciplines at today's universities need to come down, said Hill.

Though universities have traditionally been organized in silos, set domains of knowledge that separate colleges and departments, Hill said, this "medieval paradigm must change to promote the cultivation of students as transdisciplinary knowledge creators who will discover the new domains of this century.”

"Many of the most important scientific discoveries in the modern era happened at the borders between disciplines," he said, "because creativity flourishes in diverse environments where there are adequate opportunities for cross-cultural exchange."

Practicing what he preaches


Hill has cultivated his own students’ creativity and future thinking since joining the Texas A&M faculty in 1969 after earning a Master of Architecture degree from the University of California-Berkeley. His limitless enthusiasm and contempt for rote learning is evident in the classroom where his unconventional teaching style brings a refreshing alternative to stodgy pedagogy.

“The best way for me to describe his angle on teaching is from every direction,” said Doug Bell, who earned an environmental design degree at Texas A&M in 2004, a graduate visualization degree in 2009 and now works for Reel FX Creative Studios in Dallas.

“He encouraged us not to think ‘out of the box’, a cliché I use reluctantly, but to tear up the box, work hard and strive to create something better,” recalled Scott Price ’74, a senior management analyst for the city of San Antonio who recently completed his doctorate degree.

Hill’s most popular course, Environmental Design 101 – The Design Process, typically fills all 150 seats within the first eight hours of registration. The class, open to all majors since 2003, is a creativity workshop in which students spark, explore, discover and develop their creative problem-solving abilities and entrepreneurial spirit, both individually and in multidisciplinary teams.

The Design Process course, also taught by Jorge Vanegas, dean of the College of Architecture, is widely known as a haven for self-discovery where students are encouraged to connect the dots and draw their own conclusions.

In the class, students produce patentable inventions and innovative ideas with potential market applications. The course’s success is evident in the fact that Design Process students tend to consistently dominate the Ideas Challenge contest sponsored annually by the Center for New Ventures and Entrepreneurship at Mays Business School, and they have fared extremely well in other innovation competitions on campus and across the nation.

The award-winning student concepts in the past few years have included an eco-park aimed at reducing food waste through public education, a vending machine that rents folding bicycles for college campus use, a mobile phone app for diners watching their weight, a solar-powered beach umbrella, and a stationary exercise bike that fits underneath office desks.

Hill’s latest opus, Architecture 458 – Global Ethics, Culture and Practice, focuses on world cultures and the dos and don’ts of interpersonal communication in almost every country in the world.

“In a more interdependent world, the capacity to understand and respect another culture has to become one of the prerequisites of an educated person,” said Hill, “The educational environment we need to establish is to learn globally.”

Though content varies from course to course, Hill’s classes have more in common than not. Creativity, social and behavioral factors, future studies, transdisciplinary education, global awareness, social responsibility, environmental stewardship and entrepreneurship are all woven into his coursework.

These themes are underscored in this excerpt from the course syllabus for Hill’s freshman design studio:

“By the end of the semester you should have considerably more control over your design and problem solving abilities. Architecture orchestrates culture, environment, materials and art to achieve a harmonious whole. Your semester will be focused on improving the quality of life of your clients by synchronizing with and respecting the values of the planet and its inhabitants.”

Learning, he said, isn’t about facts, tests or grades, succeeding or failing, “it is an all-consuming, joyful burst of energy and pleasure at finally discovering or understanding something.”

"Today's students will see more new knowledge and invention in their lifetime than mankind has witnessed since recorded history," said Hill. "In seeking solutions to world's looming catastrophes, critical thinking, creativity and innovation promise to play the most crucial role in assuring our survival."