Leading designers, authors and educators will discuss a wide variety of completed and ongoing projects at the Texas A&M [Department of Landscape Architecture and Urban Planning] (http://laup.arch.tamu.edu/) Fall Lecture Series. The public lectures are scheduled at 6 p.m. in Scoates Lecture Hall room 208, located on the Texas A&M campus.

William Fulton, Director of Rice University’s Kinder Institute for Urban Research, will present “The Urban Sunbelt: How Issues Specific to the South and Southwest Are Defining Urban America in the 21st Century,” as the kickoff event of the [Landscape Architecture and Urban Planning] (http://laup.arch.tamu.edu/) Fall Lecture Series.

An author, urban planner, publisher and politician, Fulton is widely recognized as a leading expert on California land design and as an advocate of the “ [Smart Growth] (https://smartgrowthamerica.org/our-vision/what-is-smart-growth/) ” movement.

A multi-capable and imaginative leader, Fulton is a former mayor of Ventura, Calif. He is also a former director of planning and economic development for the City of San Diego, has served as vice president for policy at [Smart Growth America] (https://smartgrowthamerica.org/our-vision/what-is-smart-growth/) , as principal in the California-based urban planning firm now known as [PlaceWorks] (http://placeworks.com/) and as senior fellow at the Sol Price School of Public Policy at the University of Southern California.

Fulton has also authored five books, including Guide to California Planning , the standard urban planning textbook in California, and The Reluctant Metropolis: The Politics of Urban Growth in Los Angeles, which was an L.A. Times best-seller. His most recent book is Talk City: A Chronicle of Political Life in An All-American Town . He is also the founding editor and publisher of [California Planning & Development Report] (http://www.cp-dr.com/categories/about) , a periodical for planners, land use lawyers and citizen activists.

Fulton holds master’s degrees in mass communication from The American University and an urban planning degree from the University of California. Among other accolades, he has been named on [Planetizen] (https://en.wikipedia.org/wiki/Planetizen) 's list of "Top 100 Urban Thinkers.” 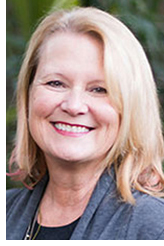 Aan Coleman, president and founder of Aan Coleman and Associates, will present “Designing the Zachry Gardens,” on how she and her firm designed the garden spaces for the new Zachry Engineering Education Complex on the Texas A&M campus.

Her business, a full-service landscape architecture firm with offices in Austin, San Antonio, and Albuquerque, produces both award-winning and environmentally-sensitive work which has been recognized for exemplary preservation of natural resources and a myriad of other accolades.

Coleman’s design-build background is the foundation for her “reality-based” approach, which aims to make projects be affordable, construction-friendly, well-detailed, and able to withstand time and trends.

She is on the Texas A&M Professional Advisory Board for Landscape Architecture. 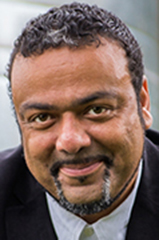 Fred McGhee is the founding president of [Fred L. McGhee & Associates] (http://www.flma.org/) , the first black-owned and operated archaeological and environmental consulting company in the United States.

A historical archaeologist and urban and environmental anthropologist, he is one of the leading scholars of the African diaspora in the United States.

Well-known for his passionate civic activism and numerous preservation efforts, he founded and directs [Preserve Rosewood] (http://www.preserverosewood.org/) , a coalition of grassroots supporters and volunteers working to save Austin’s historic Rosewood Courts public housing project from demolition.

McGhee, who authored the National Register of Historic Places nomination for Rosewood Courts, also wrote a register nomination for the Santa Rita Courts Historic District in 2006 for which he was honored with a 2008 [Heritage Society of Austin] (https://www.preservationaustin.org/) preservation award.

He is also the author of [A Jewel in the Violet Crown:  A People’s Plan to Preserve Austin’s Public Housing,] (http://www.preserverosewood.org/a-peoples-plan-for-preserving-austins-public-housing-download-our-white-paper/) a white paper that combines McGhee’s expertise in public housing history with his knowledge as a general contractor of high performance residential buildings and his deep understanding of affordable housing and community development public policy.

McGhee earned a Ph.D. in anthropology from the University of Texas and is a former U.S. Navy officer. 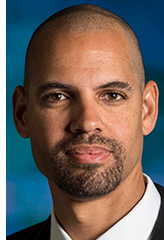 Benjamin Preston, senior policy researcher at the RAND Corporation and director of its Infrastructure Resilience and Environmental Policy Program, has more than two decades of experience working in environmental assessment and management in academic and nonprofit settings.

Prior to joining RAND, he served as deputy director of the Climate Change Science Institute at Oak Ridge National Laboratory. There, he researched the vulnerability and resilience of U.S. energy systems to climate variability, as well climate risk management opportunities and constraints.

In addition, he contributed to national and international scientific assessments including the National Climate Assessment and the Intergovernmental Panel on Climate Change's Fifth Assessment Report .

He has served as a research scientist in Australia with The Commonwealth Scientific and Industrial Research Organization’s Division of Marine and Atmospheric Research and as a senior research fellow at the Pew Center on Global Change.

Andrew Howard is a Loeb Fellow at the Harvard Graduate School of Design and a leading transportation and place making expert with more than 20 years of public and private sector experience in land development planning and design.

He focuses on the combination of two important American traditions: entrepreneurship and civic virtue. As co-founding principal at [Team Better Block] (https://teambetterblock.com/About-Us) , he helps communities develop and organize their economic assets to build productive, resilient relationships across the public, private, and civil sectors.

As he seeks to equip new leaders to take action in their communities through his business and civic ventures, Howard motivates everyday citizens, develops walkable places and positively influences organizational and cultural change in government.

Details regarding additional lectures in the series this fall will be announced as they become available.