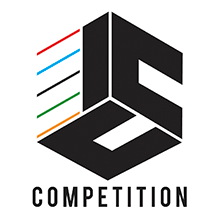 The intense, weekend-long event united general studies majors with undergraduate students from each of the college’s four departments on five-member teams in an exercise reflecting a real-world problem-solving scenario involving disparate contributors.

The charrette was the brainchild of Harold Adams ’61, an Outstanding Alumnus of the College of Architecture who has endowed interdisciplinary professorships in each of the college’s four departments. He conceived the charrette during a Dean’s Advisory Board discussion about overcoming the silo effect in academia that tends to isolate students and faculty within the sphere of their own departments and inhibits interdisciplinary interaction.

“When I was an architecture student, we did the first two years together with landscape architecture, construction science and urban planning majors before separating to specialize,” Adams said. “The friendships and connections made during those first two years lasted through our programs and continued out into the world.”

After students graduate, he said, they have to work in teams with people from other disciplines. The success of their projects and careers are affected by how well they collaborate.

The ICU competition gave students to less than 48 hours to conceptualize their design and create virtual 3-D models, and assemble construction and site plans, before presenting their completed project to faculty jurors. And, as competition designers anticipated, collaborating took some effort.

“We didn’t always speak the same language,” said Wyatt Springer, a freshman environmental design major. “Sometimes I’d have ideas and have to re-explain them multiple ways to get it across. You say one thing and they hear something else because they’ve been taught differently. It’s not like working on a project with people from your class where you all have the same knowledge base.”

At first, when the collaborations began, team members advocated solutions from their own disciplinary perspectives.

“The landscape students wanted lots of landscaping elements, environmental design wanted to design a structure, and construction science focused on ideas that were realistic to build,” said Alyssa Dophied, a freshman environmental design major. “At first, we butted heads, but what we came up with together was so much better than what we could have done alone.”

To propel this synergy and assist the fledgling charrette teams, faculty from every department within the College of Architecture lent a hand, moving from team to team, critiquing work and offering advice.

Carlson said the construction science majors usually start their work after a design is complete, but in this exercise they provided input during the design process, pointing out potential building or material problems, saving time and contributing to a better overall product.

“It’s imperative they learn this now ,” said Rodney Hill, holder of the Harold Adams Interdisciplinary Professorship of Architecture. “In practice, there can be a difficult relationship between architects and general contractors. We want our graduates to work together and learn from each other. This competition offers students an opportunity to develop lifelong networks.”

As the contest progressed, students began to recognize how their differently majored peers enhanced the projects.

“It was a fantastic experience applying my knowledge to what my teammates know and combining it all,” said Kennedy Boykin, a freshman construction science major. “I feel like I now have some experience for the future, some insight into what I should expect when working with designers. I think this will help with my classes and I’m really glad I did it.”

“I have a lot of admiration for my teammates,” he said. “They brought ideas to the table that I'd have never thought of. We had to respect each other’s strengths and let people into what we considered ‘our’ space, and by doing that it ended up a very interwoven project. I'd call on them to work together again.”

Adams, thrilled with the results and particularly the camaraderie that developed between participants, said he hopes the college will make the charrette an annual event.

“This is what we hoped for and it has gone beyond what we expected,” said Adams, who also chaired the ICU committee. “I’m amazed at the quality of the projects. This is a step in the right direction.”

First place and $2,000 went to the team that envisioned a futuristic oasis with high-tech interactive features. In their solution, stylized metal trees that light up when touched shade an area of grassy knolls offering futuristic seating near a water wall that transforms the space into a student sanctuary for relaxation, collaboration and building connections with other Aggies.

Second place and $1,250 went to the team that designed a triangular, three-tiered, glass-enclosed structure overlooking and integrated into the adjacent park space. The structure, topped with a lush garden-covered roof, provides a well lit, biophilic space for student presentations or meetings. The team was made up of Lauren Bradley, a visualization sophomore; Jonathan Marcell, an environmental design sophomore; John McDavid V, a construction science freshman; Katarina Urdiales, a landscape architecture freshman; and Alejandra Valdovinos, a university studies junior.

Third place and $750 went to “The Compass,” a design that calls for a large, curved, grass-covered ramp that spirals widely from the bridge between the Langford buildings to the elevated space adjacent to the Scoates building and back down to Langford’s ground level. The spiral circles a central space centered by a tall shade tree surrounded by a water feature and mobile furniture. The third place team included Canvan Anton, a landscape architecture freshman; Conner Carmichael, a construction science freshman; Marina Hanna, an urban planning sophomore; Nicholas Roman, a university studies junior; and Daniel Wang Yu, an environmental design freshman.

In addition to the prize money, Jorge Vanegas, dean of the College of Architecture, presented the remaining participant with $100, an award, he said, for their exceptional work.