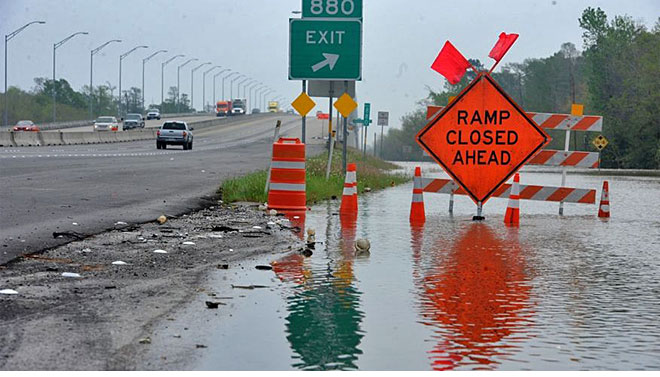 The Houston-Galveston region is more vulnerable to hurricane-related flooding than it was when Hurricane Ike struck in 2008, found MUP student Md Yousuf Reja ’16 in his final study.

The Houston-Galveston region is even more vulnerable to hurricane flood damage today than it was when [Hurricane Ike] (http://www.hurricanescience.org/history/storms/2000s/ike/) struck in 2008, said Md Yousuf Reja ’16 in his final Master of Urban Planning study.

Reja, a planner and geographic information system specialist for the [Texas Coastal Watershed Program] (http://tcwp.tamu.edu/) , conducted the study as a graduate research assistant and intern at Texas A&M University at Galveston’s [Center for Texas Beaches and Shores] (http://www.tamug.edu/ctbs/) .

In a paper describing his project, Reja identified the quantity and location of wetland-altering permits within three Texas counties hit hard by Ike. These permits, issued by the Army Corps of Engineers, denote the manipulation of natural areas that, if left untouched, help reduce flooding and costal erosion while providing wildlife habitat.

When wetlands are developed and covered with impervious surfaces like concrete and asphalt, they lose a corresponding amount of flood storage capacity, which exacerbates and lengthens flooding events.

Reja found that since Hurricane Ike the Corps issued 704 wetland-altering permits for commercial, residential or industrial projects in the study area, most of them in Harris and Chambers counties.

“The vast majority of [wetland-altering] permits were issued within the 100-year floodplain, storm surge zones, and areas damaged by Ike flooding,” said Reja, concluding that the “study area is losing a high amount of floodwater storage capacity and therefore increasing its risk of flooding due to reduced wetlands.”

He added that coastal communities can reduce the impact of massive future disaster events by protecting wetlands instead of encouraging new wetland developments with the permitting program.

Reja conducted the research, as part of his Master of Urban Planning studies, with guidance from Sam Brody and Galen Newman, Texas A&M planning faculty, and Wesley Highfield, associate professor of marine sciences, Texas A&M University at Galveston. Brody is also director of the Center for Texas Beaches and Shores.