Time-based work screening at the Palace Theater 7:30 p.m. May 7

Viz-a-GoGo, the 23rd annual showcase of digital wizardry conjured by [visualization] (http://viz.arch.tamu.edu/) students from the Texas A&M College of Architecture, was staged in downtown Bryan May 4-7, 2016. 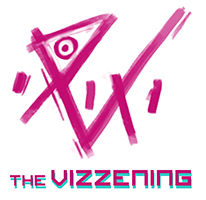 “It was meant as a description of the Viz Lab’s ambience in terms of a pseudo-horror story — students spending all their time there, making references people don’t understand and speaking in technical terms that appear to be a foreign language. To an outsider, Viz can appear rather cult-like,” she said.

The May 6 viewing hours were part of downtown Bryan’s [First Friday] (http://www.downtownbryan.com/play/1stfriday/) arts celebration featuring live music, artist demonstrations and happy hour specials at the numerous restaurants and bars throughout the historic district.

Since 1989, the [Master of Science in Visualization] (http://viz.arch.tamu.edu/graduate/ms-viz-curriculum/) program at Texas A&M has provided a steady stream of aspirants for the burgeoning field of digital and electronic visualization. Visualization students are true Renaissance men and women, gifted with a unique left-right-brain ambidexterity, facilitating a mastery of both art and science.