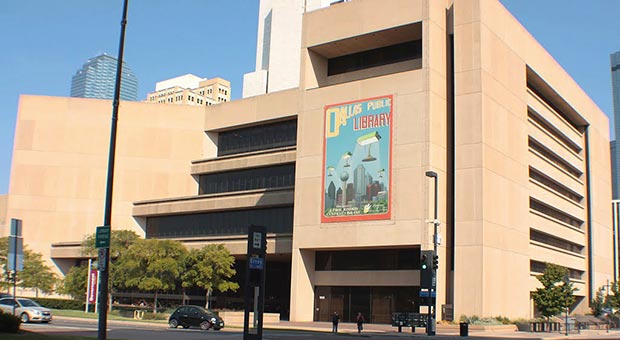 F&S Partners, which focused on institutional buildings, became one of the premier architecture firms in Dallas and home to many of Texas’ most noteworthy architectural professionals.

Despite earning numerous professional honors, such as fellowship in the American Institute of Architects and the Llewellyn W. Pitts Award from the Texas Society of Architects, Spillman never saw himself as a gifted designer.

“My job down through my professional career, both in working for other people and in my own practice, was essentially being an organizer, or quarterback, for other people,” he said in an [interview] (https://dallaslibrary2.org/texas/oralHistory/transcripts_pdf/SpillmanPatY_transcript.pdf) for a Dallas oral history project.

Spillman played a leading role in [Goals for Dallas] (http://www.smu.edu/News/2014/maguire-goals-for-dallas-12feb2014) , a citywide initiative begun by then-mayor Erik Jonsson to improve the morale and image of the city in the wake of the assassination of president John F. Kennedy in Dealey Plaza on Nov. 22, 1963.

Spillman, then the president of the Dallas Chapter of the American Institute of Architects, and fellow AIA officers successfully petitioned Jonsson to include the city’s design as a focus area of the initiative. As a result, he ended up authoring the plan’s design of the city essay.

Explaining the importance of city design in the new initiative, Spillman [said] (https://www.aiadallas.org/v/columns-detail/Forever-Changed-The-Architecture-of-Dallas-Reframed-by-the-Kennedy-Assassination/92/) , "The city is our greatest material accomplishment. There is no reason why it should be disorganized, inefficient, unpleasant, or ugly. It should, indeed, be our greatest work of art."

His involvement in Goals for Dallas also included chairing numerous town-hall meetings throughout the city to receive community members’ input. He also played a major role in crystallizing citizens’ recommendations into specific goals and identifying the city entities that could realize those goals.

Goals for Dallas is credited with establishment of the Dallas-Fort Worth Airport, the Dallas Convention Center, the New Museum of Fine Arts and Dallas City Hall. The initiative also helped establish public school kindergartens, citywide family planning, the University of Texas at Dallas, several branch libraries and neighborhood parks.

After completing public schools in Lancaster, Texas, Spillman briefly attended Baylor University. He then joined the U.S. Army Air Force and served combat duty as a lead bombardier in the 92nd Bomb Group of the U.S. Eighth Air Force based in England during World War II.

Following the war, he returned to college to study architecture, earning a Bachelor of Architecture degree at Texas A&M in 1949. He continued his studies in architecture at Yale University in 1952 and as a Fulbright Scholar in Italy in 1953.

In 1948, he married Mary Louise Smith of Lancaster. He is survived by his wife; daughter Ann Spillman and her husband Jeff Margolies; daughter Jane Spillman Wansley and her husband Terry Wansley; son Pat Spillman Jr. and his wife Toni Hennike; and grandchildren Caroline Margolies and Hannaka Spillman.