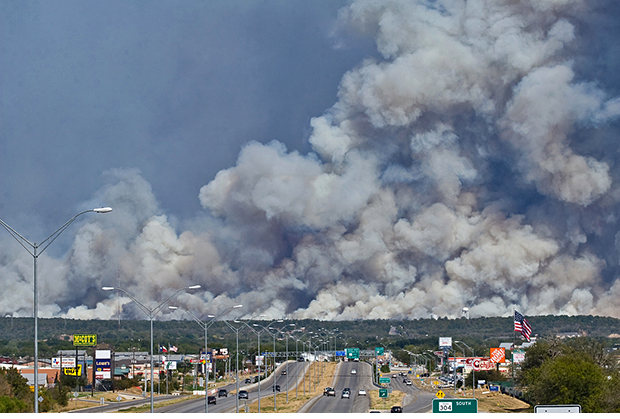 Hazard Reduction and Recovery Center researchers are identifying best practices in recoveries from disasters such as Bastrop County’s 2011 wildfires. Photo by K. West.

A research team from Texas A&M’s [Hazard Reduction and Recovery Center] (http://hrrc.arch.tamu.edu/) is working to identify best practices in pre- and post-disaster planning in communities recovering from a variety of natural and man-made disasters.

Supported by a two-year, $221,076 [grant] (http://www.nsf.gov/awardsearch/showAward?AWD_ID=1463847) from the National Science Foundation, the team is compiling and analyzing practices and interactions of public and private agencies involved in disaster recovery in six Texas communities that have experienced a hurricane, tornado, wildfire or industrial facility explosion.

The effort is led by co-principal investigators Michelle Meyer, assistant research scientist at the HRRC and assistant professor of sociology at Louisiana State University, and John Cooper, an HRRC research fellow and [urban planning] (http://laup.arch.tamu.edu/) associate professor of practice at Texas A&M.

After a disaster strikes, what often follows is an unequal and partial recovery, the result of recovery efforts that fail to reduce pre-disaster vulnerabilities, said Meyer in the project abstract.

For this study, researchers are interviewing the people leading recovery efforts in the six communities, observing committee and community meetings, documenting events and analyzing community reconstruction and rehabilitation.

The HRRC researchers will compare and contrast the practices used in the different communities and develop a model of disaster recovery organizational networks.

The research is an extension of a [project] (http://one.arch.tamu.edu/news/2014/4/30/west-granbury-study/) that began in August 2014, when HRRC researchers secured a $40,000 NSF rapid response research grant to study the differences between recoveries from Granbury’s tornado and West’s industrial facility explosion.