College of Architecture preparing for upcoming 'Year of Diversity'

The Texas A&M College of Architecture is celebrating a "Year of Diversity" with a variety of projects, special events and an Aug. 29 kickoff spotlighting the value of cultural diversity and its relevance to the disciplines taught at the college.

“Diversity is meant to encompass the full spectrum of characteristics of our community including, but not limited to, ethnic background, religious beliefs, age, political beliefs, socioeconomic status, sexual orientation, physical ability and gender,” said Cecilia Giusti, who's serving as chair of the College Diversity Council, as well as the college's coordinator for climate, equity, accountability and outreach. “A diverse college is one that embraces the richness of this variety and provides an environment in which each individual is respected and celebrated.” 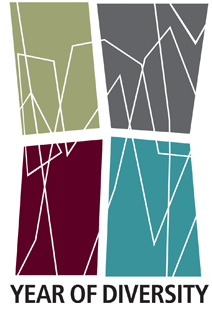 The collegewide diversity celebration at 9 a.m., Aug. 29 in the Langford Architecture Center's Wright Gallery, keynoted by Karan Watson, provost and executive vice president for academic affairs, will begin the "Year of Diversity." The kickoff event will include a question and answer session and a reception.

The year's activities will includes diversity-related lectures, workshops, design charrettes and awareness events as well as college recruitment initiatives targeting traditionally underrepresented minorities, said Giusti, who is also an associate professor in the Department of Landscape Architecture and Urban Planning.

The diversity council was established by Jorge Vanegas, dean of the college, to develop and implement strategies underscoring the college's commitment to Texas A&M diversity initiatives. Among those plans, said Giusti, are a series of student, faculty, staff and administrator workshops aimed at raising awareness about the college's need, to not only enhance and celebrate diversity, but to make it an integral part of its core function.

“The workshops are aimed at making diversity a topic we are all talking about, an issue discussed in the open and not just in the back of the room,” she said. “Let’s have an open and sometimes uncomfortable conversation about diversity and all it means in the context of our college and our communities.”

Council members include senior faculty members from each department, graduate and undergraduate student representatives and two members of the college staff.

Last fall, the College of Architecture was recognized by the provost's office among the top five colleges at Texas A&M for its existing and planned diversity initiatives. Its standing also netted a $75,000 grant from the university to help realize those initiatives.

The council began its diversity efforts last year with a competition challenging students to develop graphic designs to illustrate the college's "Year of Diversity" project.

“There were 44 entries in the competition, each of them including a design and brief statement explaining the artist's individual approach to visualizing diversity,” said Giusti.

The college also stepped up its undergraduate minority recruitment efforts through a series of presentations held in Bryan, Houston, Georgia, Maryland and New Jersey, and at historically black universities in Mississippi.

Additionally, the council is also exploring partnerships with community colleges enrolling a high percentage of minorities with the aim of increasing their students' applications to Texas A&M while consolidating future recruitment efforts for the college's four departments.

“These efforts, coordinated with the university's recruitment of graduate and undergraduate students, targeted those otherwise not likely to attend Texas A&M,” said Giusti.

While formulating the college's diversity strategies, council members consulted with Patricia Larke, a professor of teaching, learning and culture at Texas A&M, as well as diversity experts from the [Office of the Vice President and Associate Provost for Diversity] (http://diversity.tamu.edu/) and the Department of Multicultural Services. Council members also attended a variety of diversity-related events hosted by the university.

The diversity council is also working with the [Department of Multicultural Services] (http://dms.tamu.edu/) to prepare a pilot program offering an undergraduate diversity certificate.

Drawing from existing university courses, programs and associations, the certificate will enable students to create, synthesize and integrate academic coursework, co-curricular experience, and service learning engagement to demonstrate their preparedness for participation in the modern global economy.