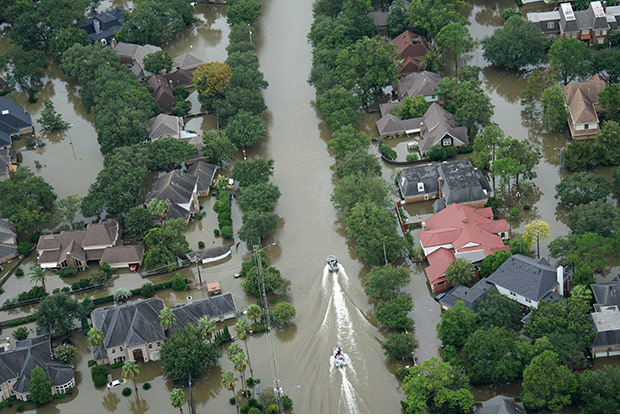 Berke and other disaster experts reported their findings at recent meetings with U.S. Congress staff members and fellow research scientists in Washington, D.C.

The field of urban planning is gaining interest as cities around the world, including nearby Houston, are facing increased exposure to weather-related risks and hazards ranging from sea level rise and flooding to temperature build-up and urban heat island effect.

Philip Berke, professor of landscape architecture and urban planning at Texas A&M University, recently completed a five-year research project that examined 175 hazard mitigation plans adopted by counties and municipalities along the Gulf of Mexico and the U.S. Atlantic and Pacific Northwest coastlines. These local governments are required by the Federal Emergency Management Agency (FEMA) to adopt such plans to be eligible for pre-disaster and post-disaster mitigation funds.

According to the study, hazard mitigation plans in cities such as Houston are weak and underfunded. The plans are isolated from broader decisions about the location, density and design of urban development.