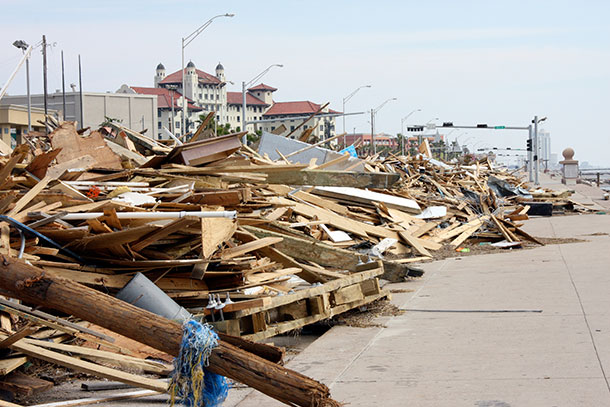 Relief efforts after a natural disaster should include local businesses as well as households, because “one can’t return without the other,” said Shannon Van Zandt, director of Texas A&M’s [Master of Urban Planning program] (http://laup.arch.tamu.edu/academics/graduate/mup/) , who teamed with Yu Xiao, assistant professor of urban planning, to research Galveston’s household and business recovery after 2008’s Hurricane Ike.

“Our study shows that households and businesses are bonded closely in post-disaster return,” said Xiao. “Enhancing the resilience of one will help with the recovery of the other.”

After a hurricane or other natural disaster, relief efforts tend to focus on households, leaving business owners to fend for themselves; small businesses, in particular, often can’t recover, said Van Zandt.

“The big ones like Home Depot blossom after hurricanes,” she told the [TAMU Times] (http://tamutimes.tamu.edu/2012/09/24/survival-of-local-business-critical-to-community-recovery-after-disaster-says-texas-am-research/?utm_source=tamutimes&utm_medium=email&utm_campaign=2012-09-25) ’ Lesley Henton. “Large chains and franchises can pull resources from outside the damaged areas, but the ‘mom-and-pops’ are much more likely to fail.”

In a [paper] (http://intl-usj.sagepub.com/content/49/11/2523.full) describing their research, Van Zandt and Xiao found that small businesses vulnerability was heightened because they often occupy buildings in inferior condition and are more likely to lack hazard management plans and resources to finance recovery.

“We found businesses that had disaster plans in place did better,” says Xiao. “They had an easier time getting their inventory out and securing their facilities, and recovering after the storm because the preparation reduced physical damage to the business.”

Van Zandt, who holds the Rod L. Dockery Endowed Professorship in Housing and the Homeless, and Xiao are research fellows at Texas A&M’s [Hazard Reduction and Recovery Center] (http://hrrc.arch.tamu.edu) .