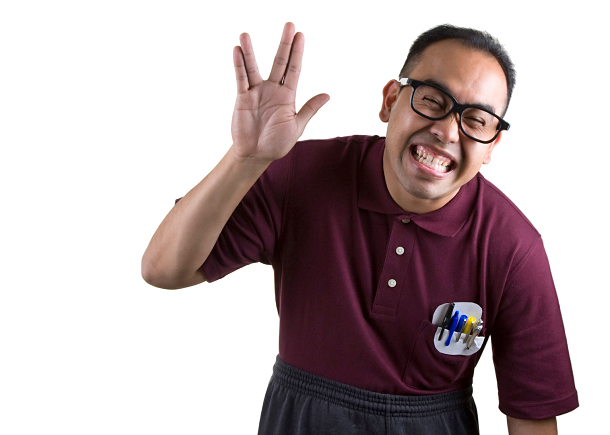 Montez McCrary-Holland, a freelance architectural/graphic designer who earned a bachelor’s degree in 2007, calls his blog the “PractitioNERD,” a combination of the words practitioner and nerd, or “one who practices something, especially a hobby, topic, occupation, profession, or technique, that does not conform to society's beliefs and trends, and who will make a radical change in the world.”
The blog, launched June 2011, details his unique blend of interests, including (but certainly not limited to) architecture, video games, technology, gadgets and pro wrestling. It was nominated for the Versatile Blogger Award by another blogger, and the nomination was seconded by another VBA nominee.

“I was regularly ridiculed in my childhood for having a severe stuttering problem and asthma, as well as having an enthusiastic interest in many things related to science, technology, history, art, and various things that were not trendy or deemed ‘popular’ or ‘in’ at the time,” he said. “I didn’t become comfortable in my skin until my junior year of high school, and didn’t come into the realization and self-proclamation of being a ‘nerd’ until I was in graduate school.”

McCrary-Holland said he’s inspired by a 1993 quote in the New York Times from Gerald Sussman, a Massachusetts Institute of Technology professor: “my idea is to present an image to children that it is good to be intellectual, and not to care about the peer pressures to be anti-intellectual. I want every child to turn into a nerd – where that means someone who prefers studying and learning to competing for social dominance, which can unfortunately cause the downward spiral into social rejection.”